3 months ago 2 min read
IEEE websites place cookies on your computer to give you the best user experience. By using our websites, you agree to the placement of these cookies. To learn more, read our Privacy Policy
Got it!

What is the Chapter of the Year Award?

CHAPTER OF THE YEAR AWARD isn’t just any award. It is the most prestigious award a chapter can get from an IEEE Society. Congratulations to the IEEE Kenyatta University (KU) Students Branch (KUSB) for putting Kenya on the limelight on the global scale. KUSB won the IEEE Photonics Chapter of the Year Award for 2020.

The Photonics Society awarded this to KUSB to honor their consistent involvement and dedication to the Society’s strategic outreach goals. KUSB organized Industry 4.0 topical events, on subjects like optoelectronics, biophotonics, sensors, 5G and photovoltaics. Some of the events took place in-person while others transitioned virtually.

Why the Award & Recognition?

In the past year, KUSB held public lectures and technical workshops on IoT, Embedded Systems, and Machine Learning. These activities reached over 200 participants per session. The workshops were the first of their kind in the country as well as Africa. Furthermore, they attracted partnerships from global organizations such as IBM and locally, Gearbox.

Most importantly, they SB devised the thoughtful project in response to the Covid 19 pandemic. They designed a low-cost mechanical ventilator to help victims with breathing difficulties. Most recently, they conducted a successful virtual Engineering Festival. Asa token of appreciation, the SB will receive a 500$ honorarium, educational seed funding for 2021 and a formal certificate.

What is the Story Behind the KUSB Motivation

Fidel, the IEEE KU SB Chair remembers when he was in a substation doing his industrial attachment. Our then Section Student Representative Kithinji called him. The message was short and clear. They needed to form a Photonics Society in their Student Branch. Kithinji offered to sponsor the first six student members with 3$ to pay for their Photonics membership fees. Fidel reminisces encouraging the six members to join them.

“Some even had to borrow money to pay for this membership fee,” Fidel recalls.

Fidel then called their SB Patron, Eng Paul Kanja, who immediately bought the idea! The winning team recalls how small a team they were during inception. They were only a six-man unit! Kithinji brought with him a newsletter from hi trip to Texas. Inside the magazine, was a story about the Illinois chapter. The chapter had won the previous year’s award.

Fidel challenged the team that they needed to aim at the stars. He recalls revisiting the newsletter on a daily basis, secretly strategizing how they were going to break the glass ceiling. This led Fidel and his team to organize numerous educational events to keep the chapter members energized. During this time, they faced some challenges with attendance. At times, only five people would attend the meeting. However, this did not stop them from publicizing the events more and inviting even more people.

“It has been worth it, every bit of it!”

Fidel remembers their SB patron taking them to their institutional solar plant. He then told them, “Enough with Theories, Let’s get our hands dirty. After all, we are engineers you know.” From there, the members dedicated themselves to solicit projects to work on. They also brainstormed on topics for their discussions!

Cynthia, one of the team members, organized and ran an entire Artificial Intelligence workshop while Fidel was away. Ultimately, she reached out to many companies. Cynthia encouraged them to be part of this amazing initiative. Despite being very hectic, she managed to organize the entire IoT workshop by herself.

“I remember like it was just like yesterday”, Fidel adds. The team convened concurrent events, running every Tuesday and Thursday. The school ended up giving them the keys to the venue at which they convened. He laughs, giggling at the fact that the school now recognized them as the school staff.

“It’s been a good run team, we have done it. We just made history today and we are barely a year old. We just changed the tide and we started really small,” Fidel goes on to say, “Winners are not born, they are made.” He is proud of the pace they set as an example to the rest of the world. 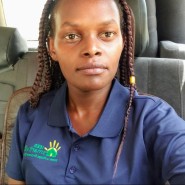 My name is Mercy Chelangat. I was the Publicity, Marketing and Historian Committee Chair for IEEE Kenya Section. I am currently an IEEE Smart Village Ambassador, IEEE Entrepreneurship Social Impact Liaison and PES Women in Power Region 8. I am a passionate Humanitarian Engineer with unending interest in emerging technologies, particularly Renewables and Electric Vehicles. I am an enthusiast blogger where I highlight mostly stories that highlight "Changing communities, One Technology at a Time."