9 months ago 7 min read
IEEE websites place cookies on your computer to give you the best user experience. By using our websites, you agree to the placement of these cookies. To learn more, read our Privacy Policy
Got it! 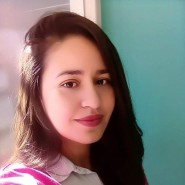